Italian food is one of my favorites by far. I think pasta is the perfect vessel for any sauce or topping, and it lets your creative juices flow easily. 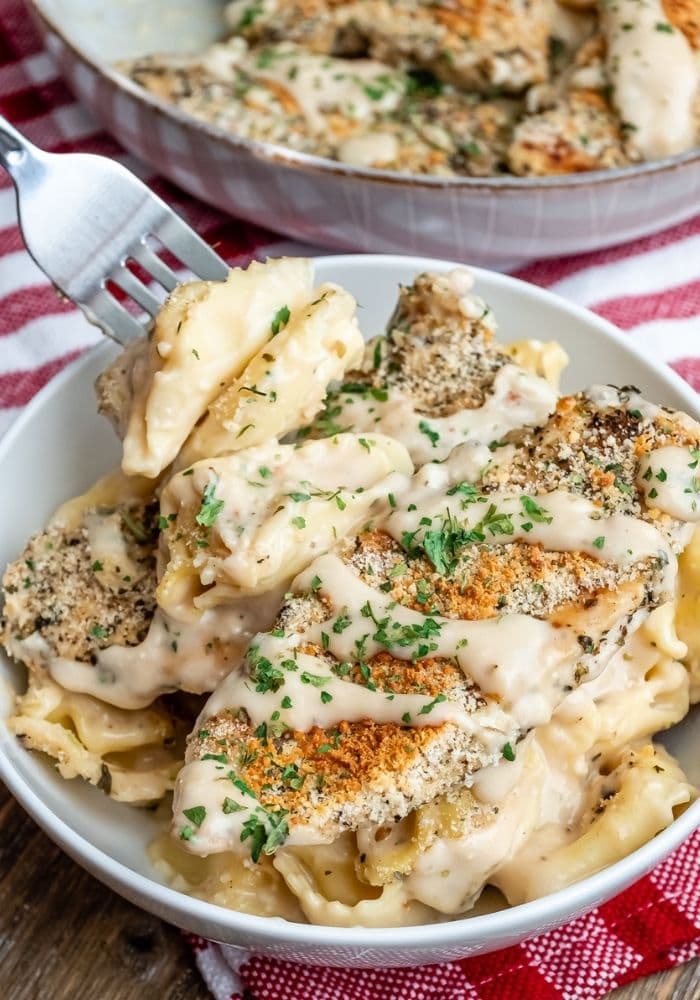 Whether you like tomato-based sauces, cream-based sauces, or just olive oil and veggies, you can play with it to satisfy your palate. You can eat it cold in a salad, and you can bake it.

There are many pasta shapes, and a lot of them are stuffed. I first tried this dish at Olive Garden and loved it.

This is my interpretation of it, and I’m sure you will love it too. Tortelloni are stuffed with Asiago cheese and bathed in Alfredo Sauce.

I used bottled Alfredo sauce to make it easier, but I made it better by adding a couple of things like a drizzle of Balsamic vinegar and spices. The chicken is pounded thin, covered in spices, and pan-grilled to perfection.

The whole dish is then topped with breadcrumbs and Parmesan cheese and broiled until the topping is brown and bubbly.

What Is Asiago Tortelloni Olive Garden?

Tortelloni are just big tortellini that is folded a little bit differently.

They are stuffed with Asiago cheese, an Italian cow’s milk cheese that is softer and moister than Parmesan cheese.

This is a signature Olive Garden dish in which Asiago stuffed tortelloni are bathed in Alfredo sauce, topped with grilled chicken, and baked with breadcrumbs and Parmesan cheese on top. 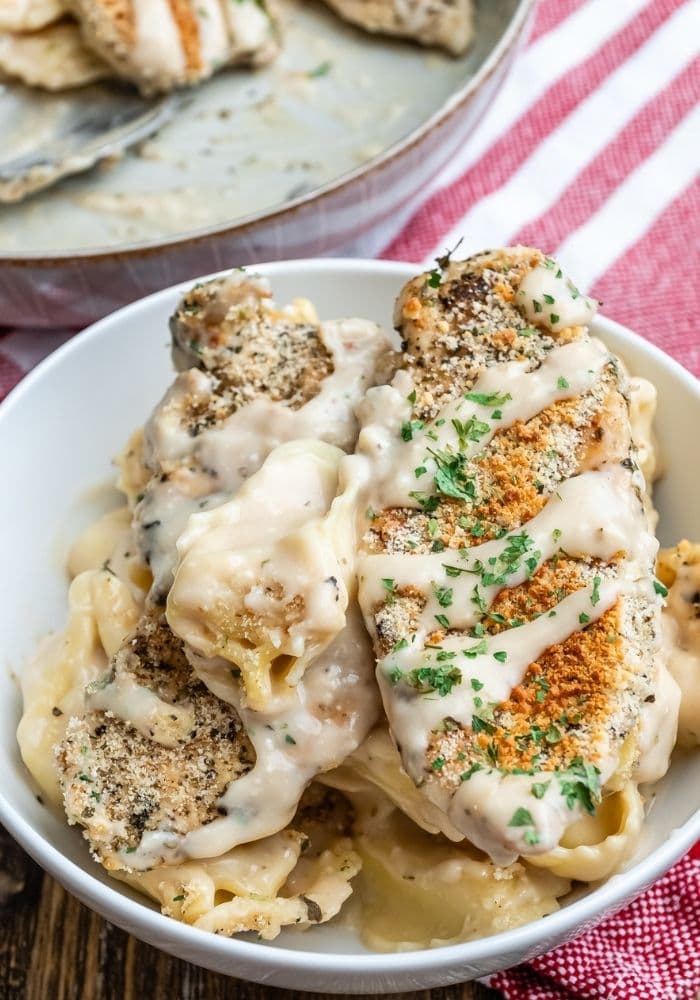 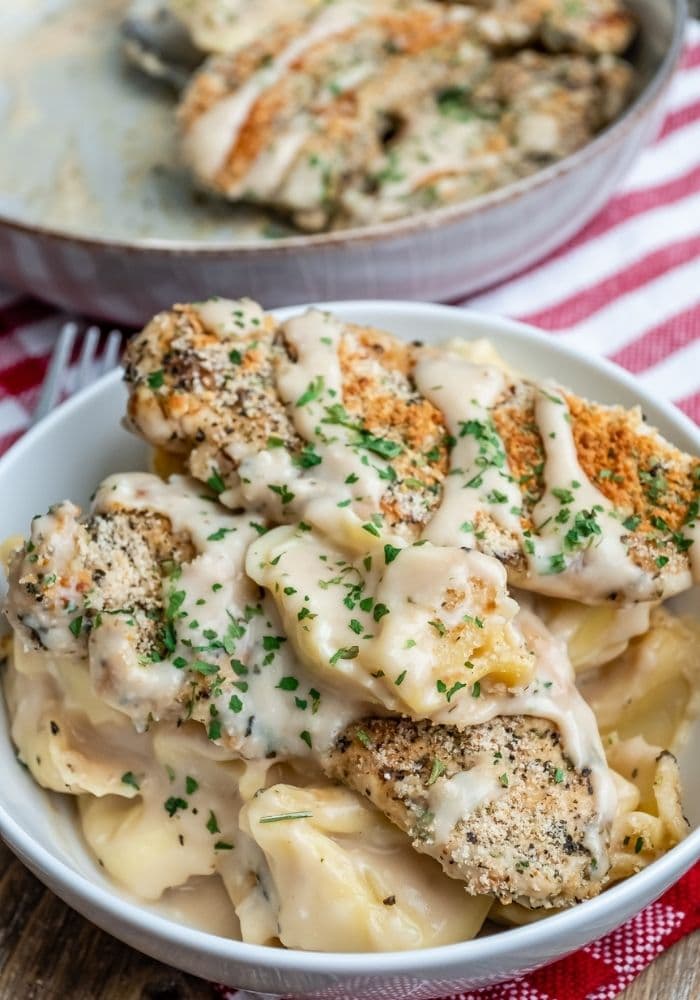 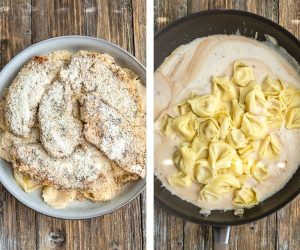 What To Do with Leftovers?

I think you won’t have any, but place them in an airtight container and refrigerate them for up to 4 days. To reheat, place them in the microwave oven! 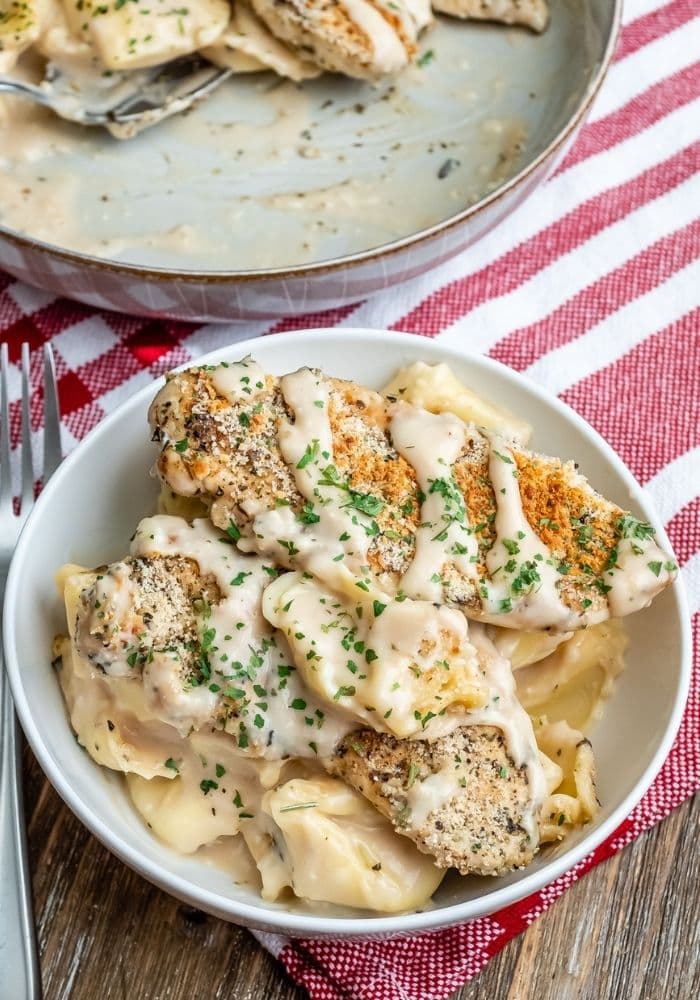 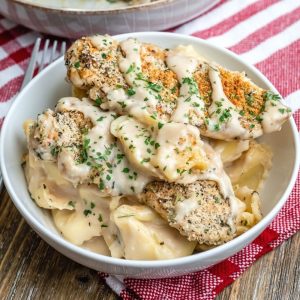 This is my interpretation of it and I’m sure you will love it too. Tortelloni are stuffed with Asiago cheese and bathed in Alfredo Sauce
5 from 2 votes
Print Save Rate
Course: Dinner, Pasta
Cuisine: American, Italian
Prep Time: 15 minutes
Cook Time: 20 minutes
Total Time: 35 minutes
Servings: 4