Ham Pot Pie is the perfect recipe to use leftover Christmas ham. If you don’t have any leftovers, you can buy a ham shank in the grocery store and use that. They’re small enough to use the whole shank in this Ham Pot Pie recipe. 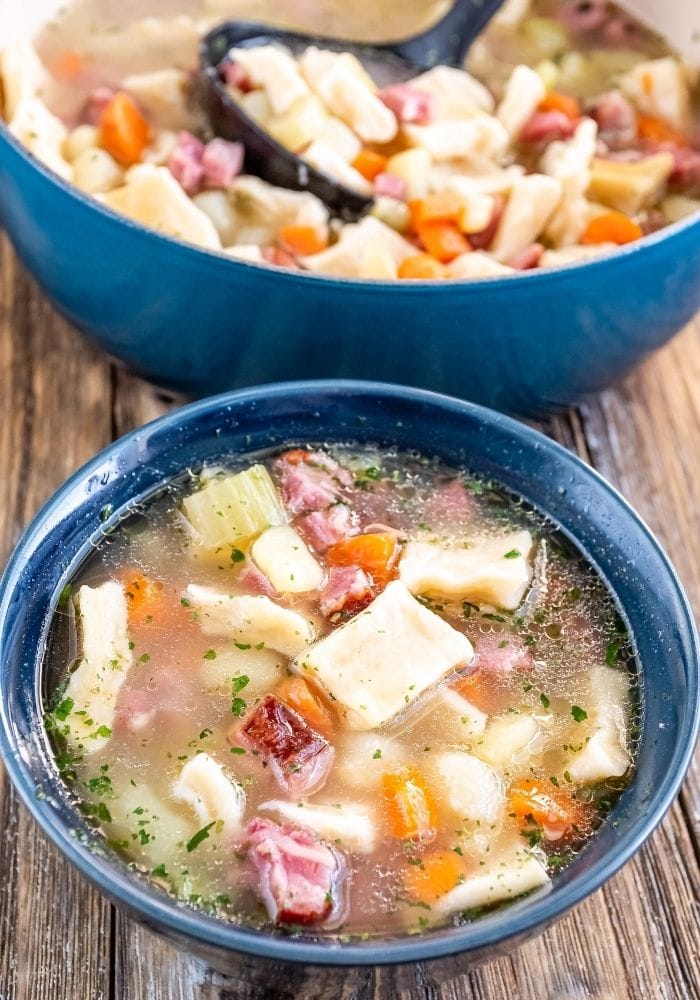 When boiled, the noodle squares make the sort of a slippery ham pot pie that melts in your mouth.

The Ham Pot Pie dough is made by combining flour, eggs, and milk until a soft dough forms. Then it is rolled out and cut into squares that are added to the boiling broth.

This all makes for a delicious stew. If you need inspiration for the upcoming winter night dinners, try The Ultimate Slow Cooker Stew, Texas Cowboy Stew, or Bisquick Dumpling Recipe for some delicious and heartwarming meals. 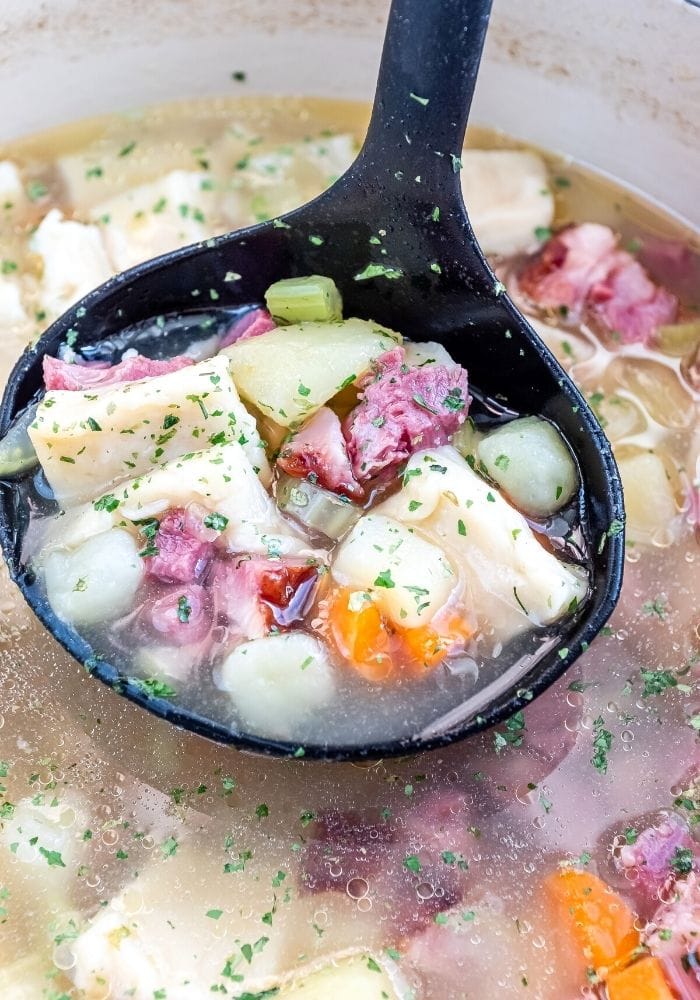 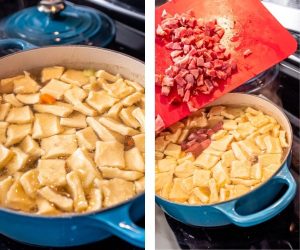 How To Make Ham Pot Pie

What To Serve with Ham Pot Pie?

This meal is a bit on the heavy side, so I recommend serving only dessert with it! Something on the lighter side like Blackberry Cobbler,

Apple Crumble Coffee Cake is another great option, but my all-time favorite dessert to serve with this hearty stew is Lemon Custard Pudding Cake. The lemon flavor seems perfect with this heavy meal. 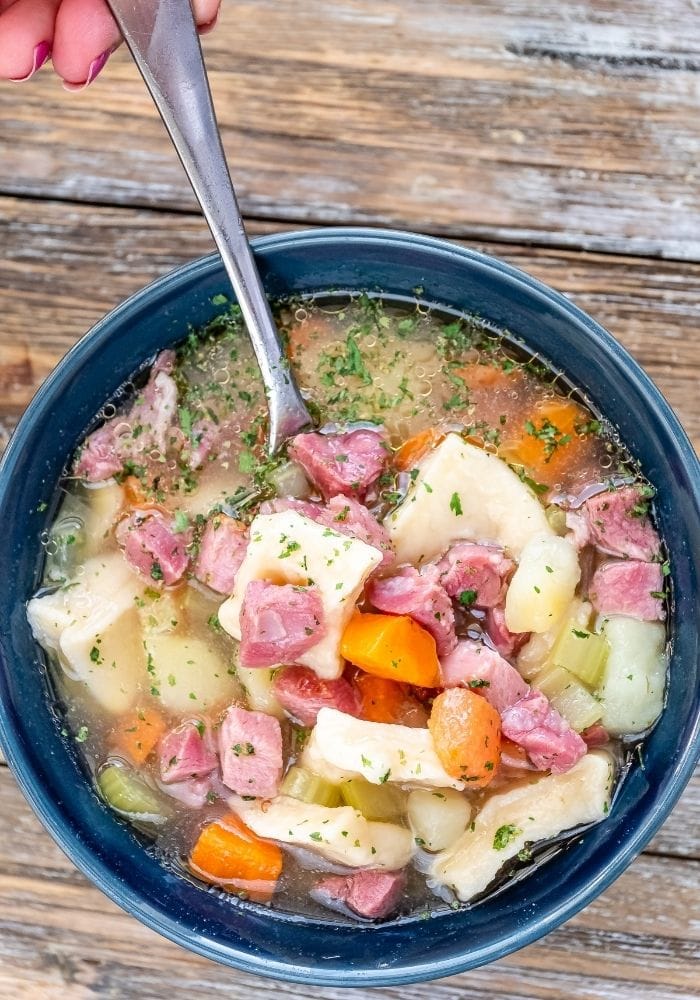 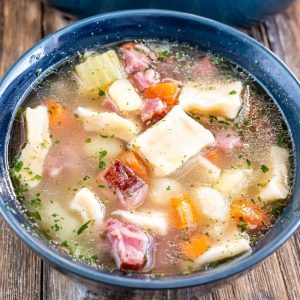 Yes, you can. It probably won’t have the same texture, but it will be fine!

You can certainly cut down on the cooking time by making the broth ahead of time and keeping it in the fridge for up to 4 days.

The dough can also be made ahead of time and kept in a ziplock bag in the fridge. Just make sure you add enough flour to the surface of the dough, so it doesn’t stick to the bag.