In our family, not a day goes by without soup. I consider this a good habit, as a hot and liquid dish can quickly satisfy your hunger. Hot summers with cold soups last in our region for no more than three months. So, most of the year I cook hot, rich, and nutritious soups. For more healthy soups try Comforting ham and potato soup and Slow Cooker Chicken And Wild Rice Soup. 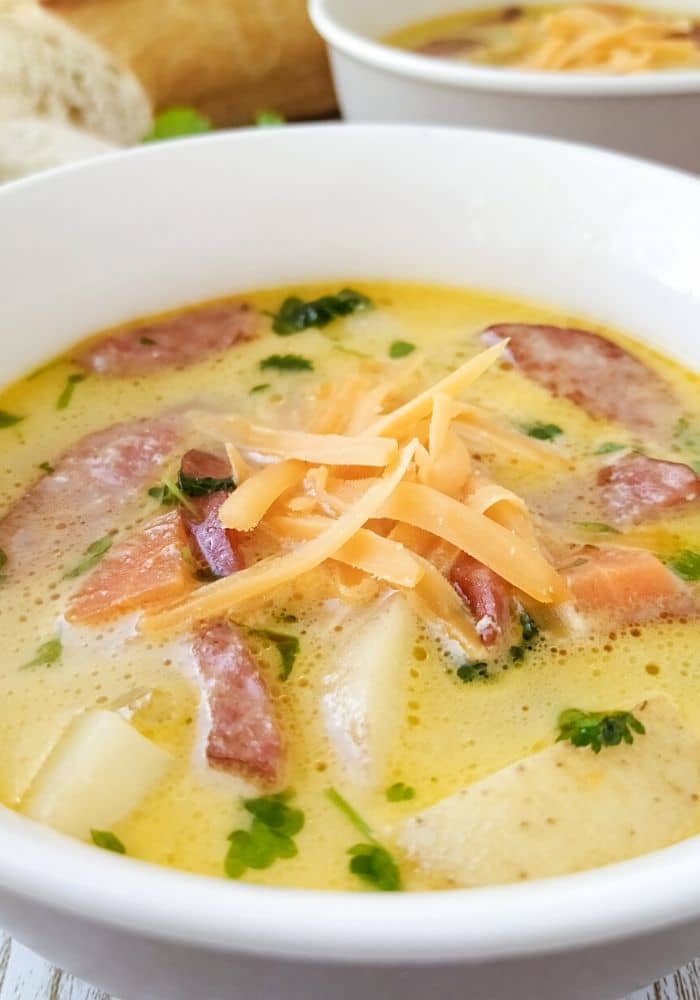 It is my favorite. After having tried it for the first time, I fell in love with it from the first spoon. And since then I cook it often and with pleasure. Insanely tasty, satisfying, nutritious, and very fragrant.

Perhaps this is the only soup whose 5-liter pan we ate in 1.5 days)) And even my little daughter, having finished her part, continued to carry sausages from my bowl.

How to make POTATO KIELBASA SOUP 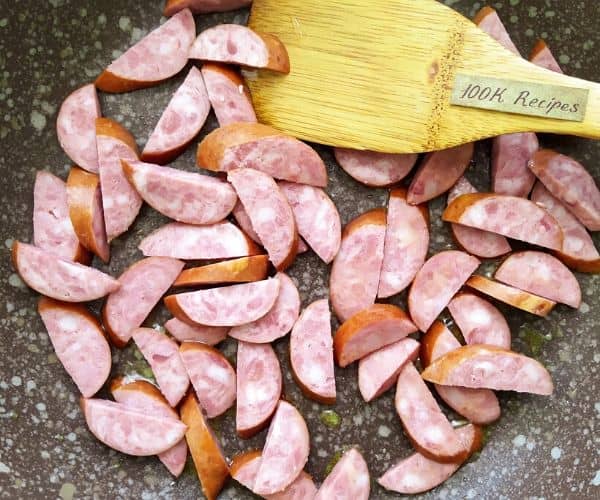 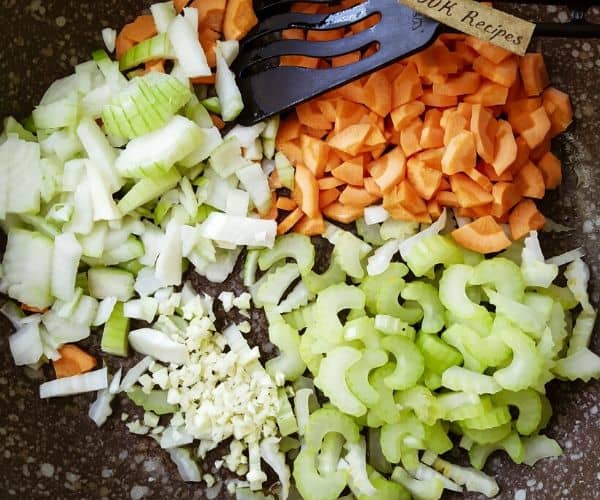 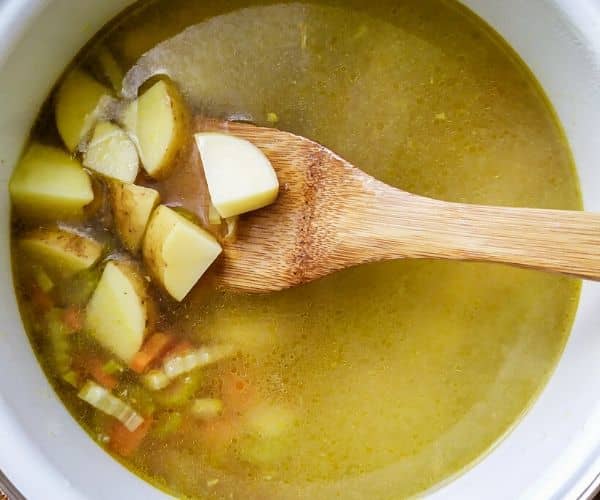 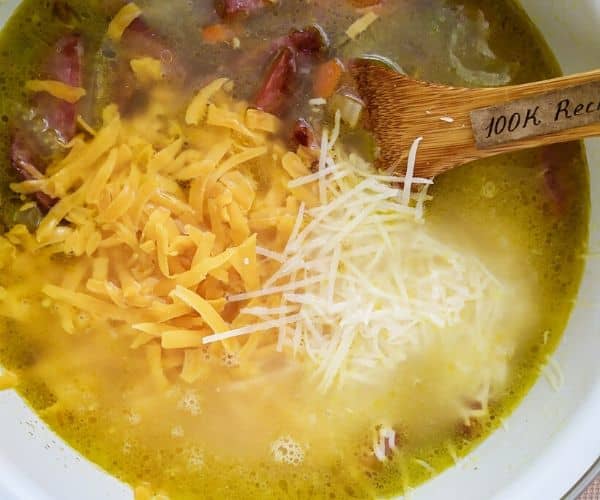 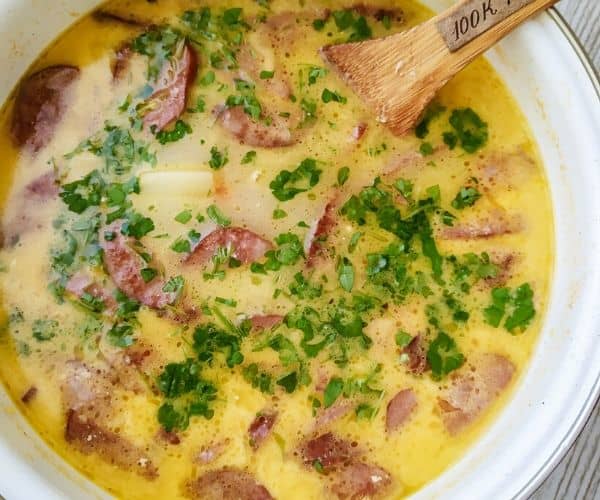 Tip: Add salt at the very end of cooking. Sausage and both cheeses will give a little of their salinity to the broth. So first try the soup, and then salt. 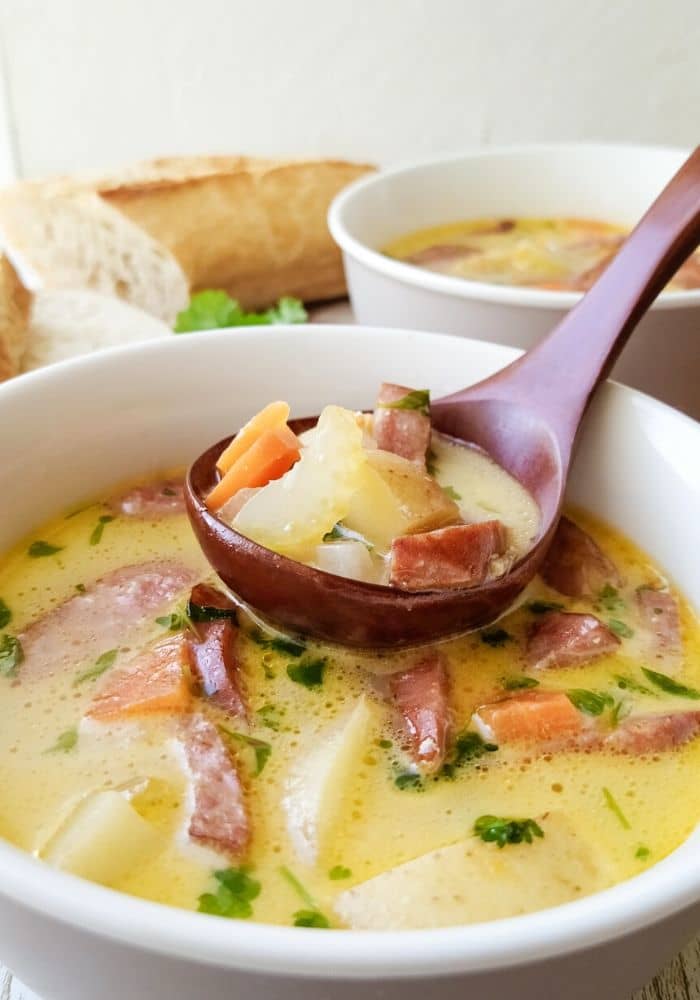 What to serve with kielbasa potato soup?

Besides bread and toast, you can eat this soup with other representatives of cereals. Rye, buckwheat, or rice bread are well suited for this role. Cover them with pesto or tahini sauces.

And if you want to make the soup more festive, the oven will come to the rescue. Distribute the soup in portioned heat-resistant pots without adding 1-2 cm to the top. Sprinkle with grated cheese, put on top a thick slice of baguette.

Cover it with another layer of cheese and bake in the oven until the cheese melts. Sprinkle with fresh herbs before serving.

This soup has a very rich taste. Cheeses and milk create a rich creamy taste. Smoked kielbasa sets the tone and nourishes the whole house.

After frying sausages in olive oil, everyone who wants to feast will be carrying crispy sausage. Thus, cover them with cling film and remove further, haha)

What do you eat with kielbasa potato soup?

This is a completely independent dish for lunch or dinner. Any bread will suit it. French crispy baguette is perfect for such a light and creamy soup. You can eat it fresh or lightly brown in a toaster or oven. Also try whole grain, flaxseed, or sourdough bread. 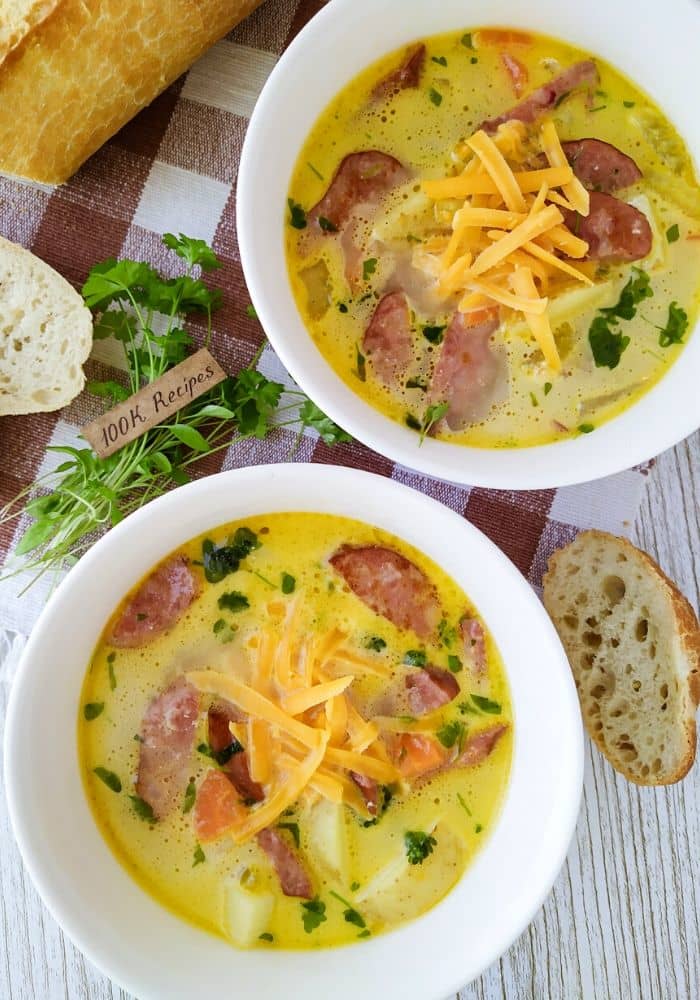 CHECK OUT THESE AWESOME, SOUP RECIPES 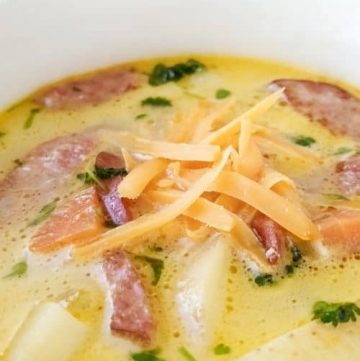 Pin this Recipe to Your Board now to Remember it later!