In pear season, it’s time to take care of the sweet and cozy winter evenings. A spoonful of old-fashioned pear preserves recipe is very pertinent to a cup of hot tea. And you can also bake a great pie with them! 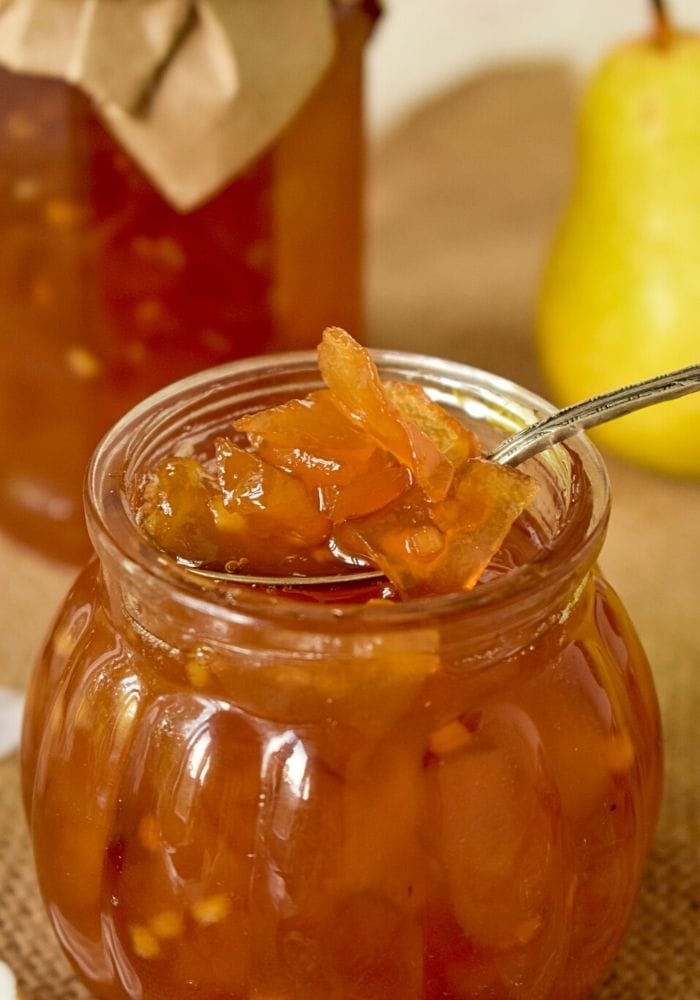 It’s a really easy homemade recipe: mix all the ingredients and cook.

You don’t even need a special sterilization tool. Just boil everything in a deep pot. Pears, lemon juice, cinnamon, and ginger, believe me, the taste is excellent!

What do I need to make Pear Preserves? 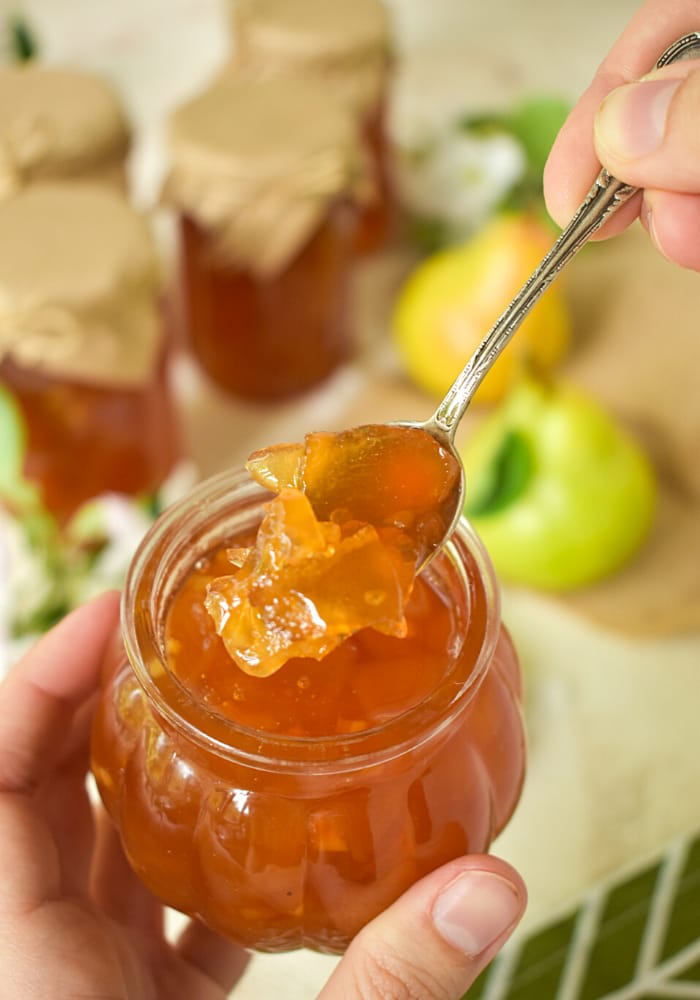 How To Make Pear Preserves? 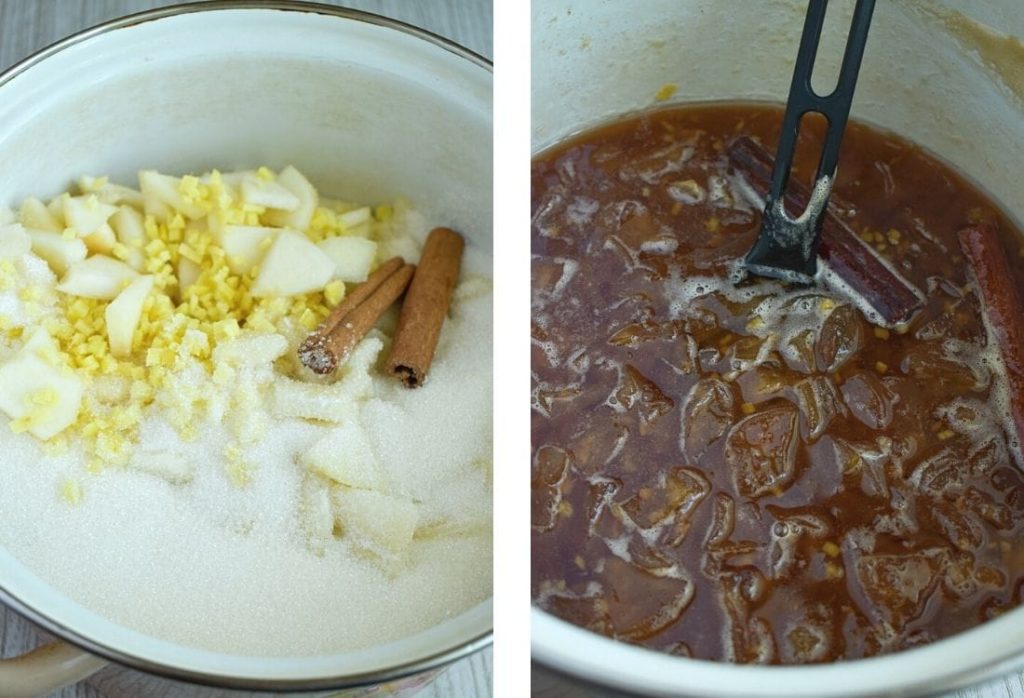 Can You Freeze Pear Preserves?

To freeze pear preservation, you need to thoroughly sterilize the freezer container with a lid.

Pour hot jam into a container, close tightly, wait until it cools completely, then put it in the freezer. 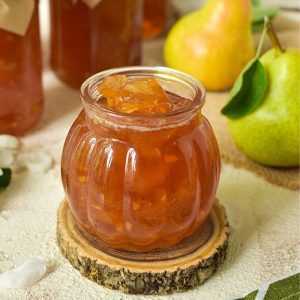 In pear season, it's time to take care of the sweet and cozy winter evenings. A spoonful of old-fashioned pear preserves recipe is very pertinent to a cup of hot tea. And you can also bake a great pie with them!
5 from 2 votes
Print Save Rate
Course: Dishes & Beverages
Cuisine: American
Prep Time: 10 minutes
2 hours
Total Time: 2 hours 10 minutes 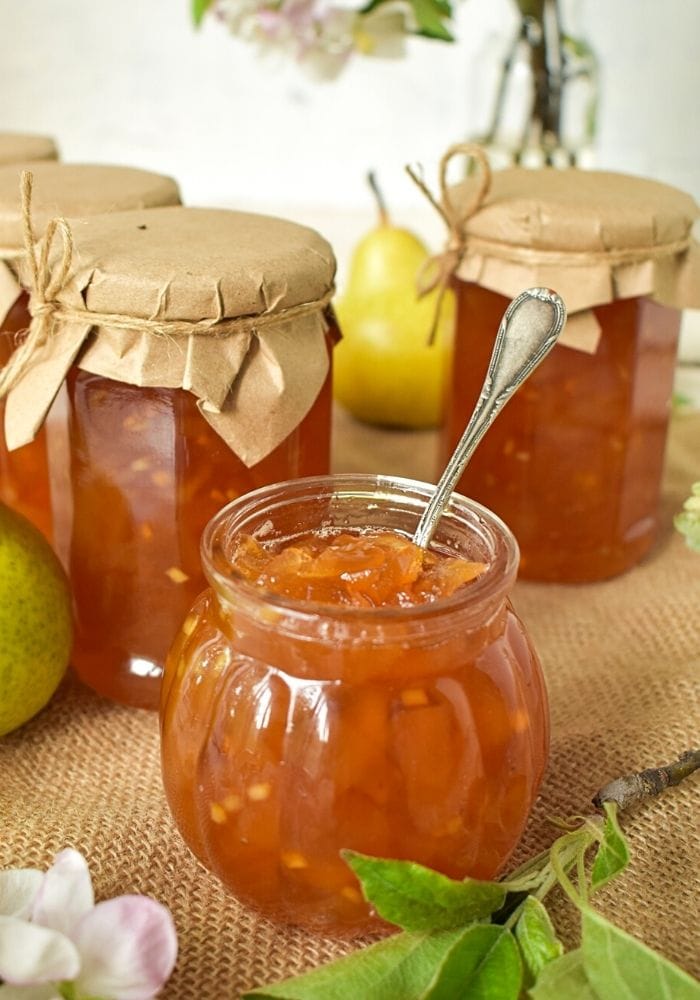 What Kind Of Pears Do You Use To Make Pear Preserves?

Depending on the variety of pears, you can get different types of jams. Also, the appearance and consistency will be influenced by the degree of their ripeness.

Try to choose hard, crunchy, and slightly unripe fruits. Then the pieces will keep their shape as much as possible during prolonged cooking.

I recommend using the following varieties of pears: Kieffer, Seckel, or Williams. By using soft and ripe pears, you run the risk of pear puree. It will be delicious too, so if pear puree is your goal, you know what to do)

How To Use Pear Preserves?

The easiest way is to simply add pear jam to your tea instead of sugar.

You can also place pear slices on top of a fresh or toasted baguette. And of course, you can use Pear Preserves to bake pies, croissants, or as a pancake filling.

How Do You Thicken Pear Preserves?

In this recipe, we have several points at once for thickening preservation.

First, there is a large amount of sugar that forms a syrup. During prolonged cooking, some water evaporates and the syrup becomes thicker.

Secondly, the natural pectin found in pears. Thirdly, it is cinnamon, in the bark of which there are gelling components. 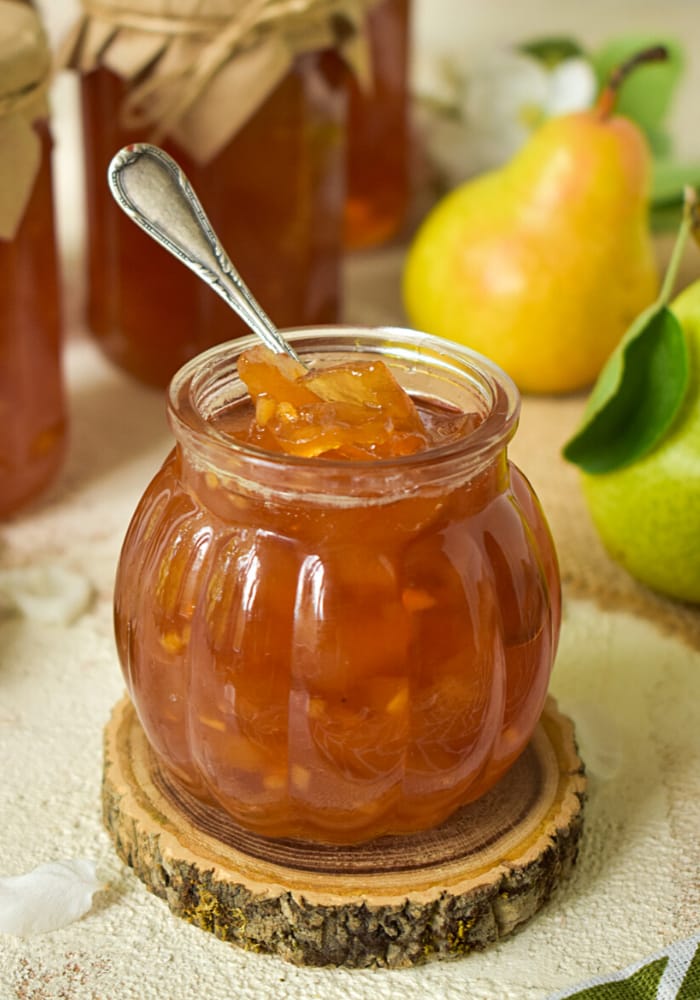 How Long Do Pear Preserves Last?

If you carefully follow the entire sterilization technology, your jars will be completely sealed.

Accordingly, you can keep them closed for several years. Store them in a cool and dry place.

Can You Make Pear Preserves From Frozen Pears?

Why not? But again, it all depends on the variety of frozen pears.

If they were ripe and soft, then during cooking they boil and turn into a puree. If you’re unsure about the variety of frozen pears, use fresh ones.

How To Make Pear Preserves Without Sugar?

A large amount of sugar in jams and preserves prevents the growth of bacteria.

The data of many studies indicate that one cannot be 100% sure of the absence of their growth. Thus, be sure of the thoroughness of sterilization of cans and lids, pour a boiling mixture into them.

Also, use lemon juice to increase acidity. Perhaps, without sugar, the preservation will be too liquid, then add pectin for gelling.

How To Make Pear Preserves Without Pectin?

This recipe is prepared without the use of pectin. Fruits such as apples and pears contain a large amount of natural pectin, which contributes to gelation.

If you like this recipe, please leave a comment and give this recipe a rating. I would love to hear from you and I truly appreciate your feedback! I will always do my best to respond to every comment ASAP. Thank you for following along! and happy cooking!