This Magnolia Bakery Banana Pudding Recipe starts with a thick, creamy pudding full of banana flavor. Freshly whipped cream is then folded in creating a lighter than air fluffy texture. 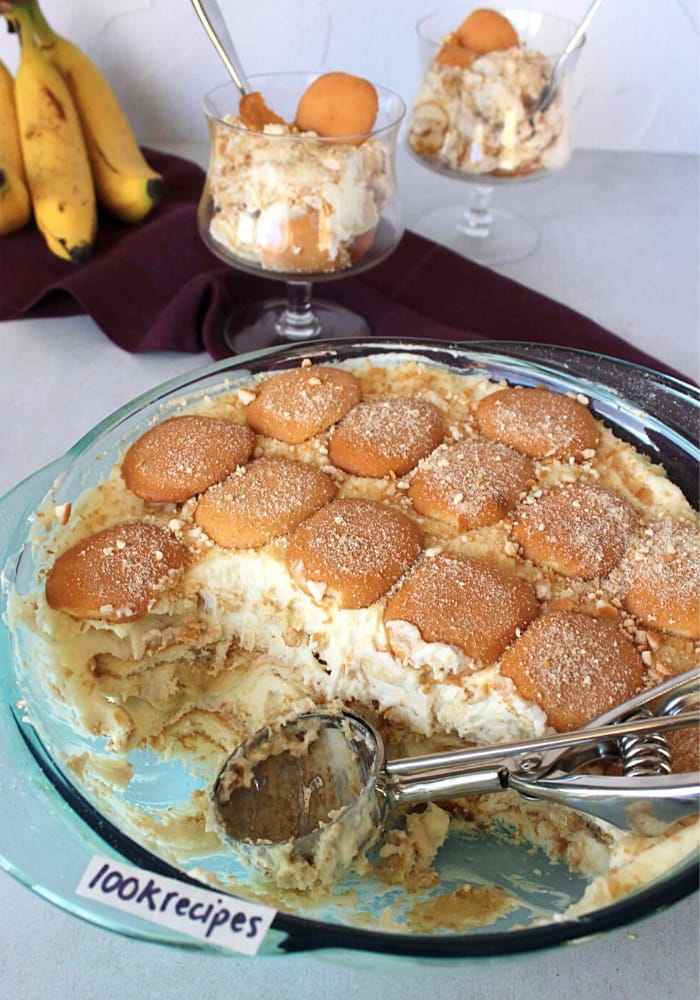 The crispy Nilla wafers add a beautiful contrast to the creamy pudding, making this Magnolia Bakery Banana Pudding Recipe, dare I say it, better than the original.

Don’t be intimidated by the numerous steps, this recipe is super easy to make. It does not require anytime in the oven, and most of the time it’s spent chilling.

Follow the Magnolia Bakery Banana Pudding Recipe below, and make sure to read through the frequently asked questions and pro tips to achieve the best results. 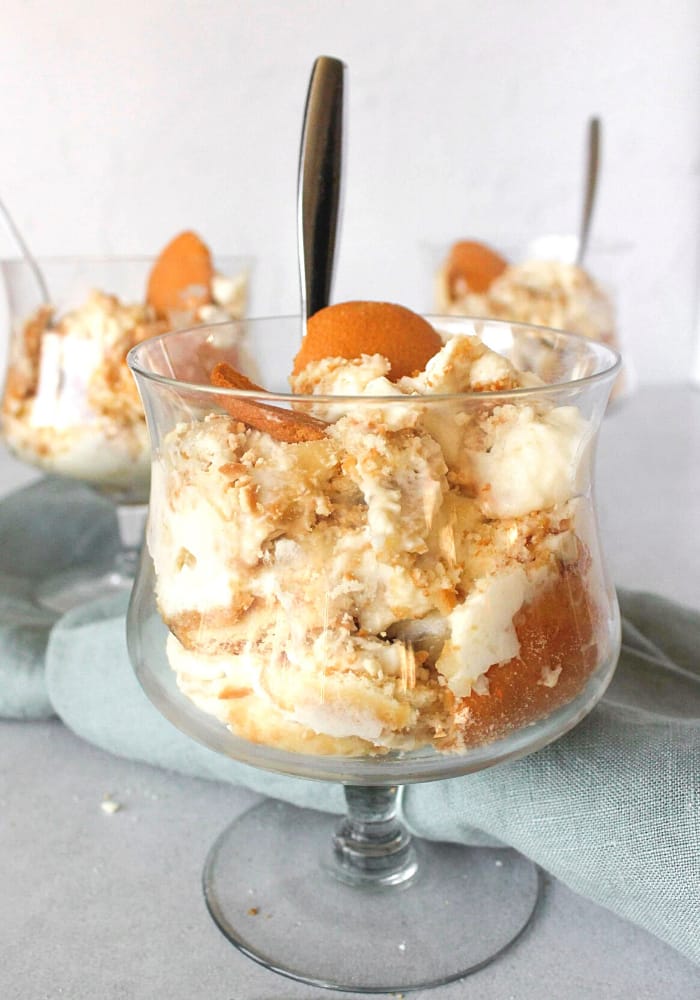 The pudding can last in the fridge for up to 3-days but is best served within 24 hours of making.

HOW DO YOU STORE MAGNOLIA BANANA PUDDING?

Cover leftover pudding tightly with plastic wrap and store it in the fridge. 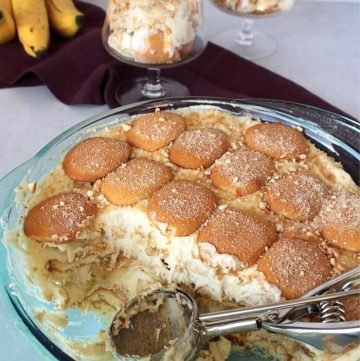 No longer do you have to wait to go to Magnolia Bakery to try their famous banana pudding.  You can now make it all on your own, at home for half the cost, and using way better ingredients!
5 from 7 votes
Print Save Rate
Course: Breakfast, Brunch, Dessert
Cuisine: American
Prep Time: 15 minutes
Cook/Chill Time: 7 hours
Total Time: 7 hours 15 minutes
Servings: 8

HOW MANY CALORIES ARE IN A MAGNOLIA BAKERY BANANA PUDDING? 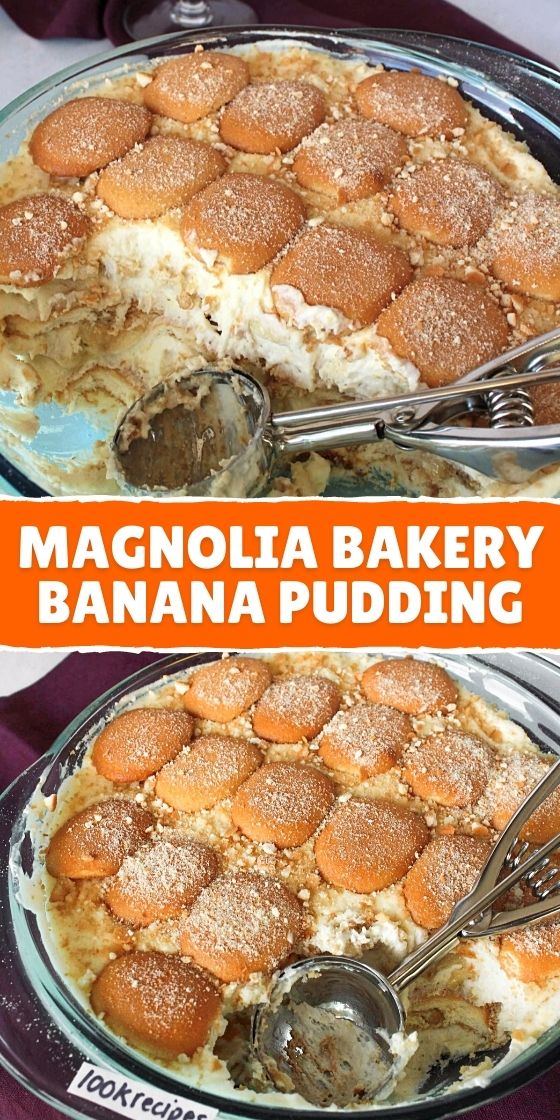